After a young girl finds a mysterious giant egg in the shallows of the Mekong River and takes it back to her fishing village home, it’s only a matter of time before the creature that laid the egg rises from the waters in search of revenge…

Grimmfest Says: Lee Thongkham’s follow-up to slippery, spooky psychological shocker THE MAID couldn’t really be more different. A Thai spin on the Japanese Kaiju (giant monster) movie (a “Thaiju”, perhaps?), it’s a bold, brash, breakneck big-budget creature-feature extravaganza, combining detailed old-school practical effects, state of the art CGI, and what looks like a cast of thousands. With knowing nods to every giant-reptile-on-the-rampage movie from GOJIRA / GODZILLA, to JURASSIC PARK, to Bong Jun-ho’s THE HOST, it’s a film that plays to the galleries, and delivers on the prerequisite thrills and spills, while at the same time adding plentiful unexpected flourishes of its own, be it in the brutal willingness to kill off sympathetic characters, or in the slyly satiric depiction of the authorities, blithely trying to pretend nothing has happened in the teeth of overwhelming evidence to the contrary. Most interesting of all, though, is the ending, which eschews the expected big pyrotechnic confrontation and mass carnage in favour of something rather more meditative and thought-provoking, and implies an uncomfortably close-to-home origin for the creatures that Lovecraft would have been proud of. 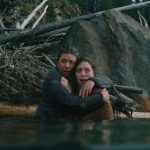 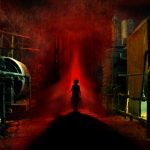