See below for all details on our selected films and we’ll see you soon!

Find out more about our 2022 Sponsors and partners HERE.

IF YOU LOVE NEW HORROR AND GENRE CINEMA, THIS IS THE PLACE FOR YOU.

The festival focuses on premiering new horror and genre cinema from around the world. You can find out more about our 2022 festival below. This years event ran from 6-9 Oct. Download the programme  HERE. 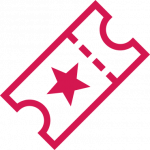 Our 2022 full festival passes, day passes and individual screening tickets are no longer on sale, but keep an eye out for info on Grimmfest 2023.

The full pass allowed access to all 21 feature films and two short film programmes, and a talk with actor AJ Bowen at Grimmfest 2022,  which took place at the Odeon Great Northern from the 6th – 9th Oct 2022. Full pass holders received this awesome Goodie bag.

ENOUGH SLEEP (Director: Ben Botwick. USA, 18 min 24 sec) – WORLD PREMIERE Susan needs to come up with a commercial jingle for a new pillow before the weekend. But …

EXCLUSIVE UK SCREENING After the tragic loss of his mother, Oliver is threatened with state custody unless he can find a new family. And so Oliver does just …

UK Premiere Four people traveling in a van run over a lone woman while she is walking in the dark down a country road. After loading her into …

Northern Premiere With the summer sun beating down on her rural Spanish town, Sara hides away in her parent’s butcher shop. A teenager whose excess weight makes …

UK Premiere Martha and Félix are children of the Butcher of Mons, a notorious Belgian serial killer from the 1990s. While Martha lives an unstable life riddled …

Northern Premiere A struggling all-female rock band kicks off a new tour, hoping to rekindle their popularity. When they catch the attention of horrors from beyond our reality, …

UK Premiere Driving home to her secluded estate after meeting at a local bar, a player out to score thinks his beautiful, mysterious date will be another casual …

Northern Premiere Remy, a seemingly naive and devout young woman, finds herself cast out from her religious cult. With no place to turn, she immerses herself into the …

Northern Premiere Ambitious architect Frank wakes up, confused and disorientated, after a celebratory night out he can’t quite remember, to discover his life is well and truly in …

THE EVIL IS INSIDE (Director: Martin Sharpe. USA/Australia, 11 mins 52 secs) – EUROPEAN PREMIERE A recently divorced father confides to a friend that he’s been seeing demons in …

International Premiere A comatose five-year-old girl journeys through a dark industrial dreamscape, following her mother’s voice on a transistor radio to find her way back to consciousness. https://…

International Premiere A trio of desperate criminals break into the isolated country house of an elderly goldsmith and his wife. But their chosen targets turn out to be …

Northern Premiere A trek across the American southwest with a ne’er do well petty thief trying to escape his mysterious past, a celestial vagabond trying to rediscover hers, …

Northern Premiere After a pawn shop robbery goes askew, two criminals take refuge at a remote farmhouse to try to let the heat die down, but find something …

Northern Premiere Monique leaves her family confinement during the pandemic to help a friend who suffers from terrible nightmares which, she learns too late, are contagious. https://www….

UK Premiere Following the death of his wife, a broken man spirals into an abyss of night tremors and depression and finds himself in the home of a …

UK Premiere After the collapse of Earth’s ecosystem, Vesper, a 13-year-old girl struggling to survive with her paralyzed Father, meets a mysterious Woman with a secret that …

Northern UK Premiere Chloe and Jack travel to Miami for their honeymoon. Amidst the flashy neon and sunny beaches, they decide that a peyote experience will strengthen their …

An exclusive event with genre star AJ Bowen – he’ll talk about his work, answer audience questions and do signings!…

International Premiere Following a traumatic domestic assault, a young woman is persuaded to join her friend’s therapy group on an isolated weekend retreat. But the remote mountain location …

UK Premiere After a young girl finds a mysterious giant egg in the shallows of the Mekong River and takes it back to her fishing village home, it’s …

The Loneliest Boy In The World

The Price We Pay

Grimmfest 2022 – here are the winners of The Reaper Awards!

The highly-coveted Reaper Awards are up for grabs for all accepted features at Grimmfest – there’s all sorts of categories from Best Scare to Best Film via Best Production Design, Best Screenplay and more!…

The Reaper has arisen! Here to bring you a selection of highlights from Grimmfest 2022 chosen by filmmakers, guests, staff and volunteers – I really hope you all had a ghoulishly good time….

Check out the trailers for all the amazing features at this year’s festival!…

If you can’t find the information you need here please get in touch: info@grimmfest.com

The annual Grimmfest film festival takes place annually, at the Odeon Great Northern in Manchester UK, and runs for four days across the first weekend of October. The dates for 2022 were October 6th – 9th.

The festival runs as a live event across three days with numerous film premieres to watch on the big screen and other associated activities that horror and genre cinemas fans can attend. If you want to attend the four day festival, you’ll need to come to the Odeon Great Northern in Manchester.

Yes. Grimmfest is open for submissions most of the year round. Submissions should be made via Film Freeway, where you will also find all of the necessary information about the submission process, the kinds of films we are looking for, and any spec requirements. Short and feature films with a focus on the fearsome, the fantastic, or the blackly comic are all welcome.

Manchester has a great many hotels, hostels, aparthotels, and other places to stay. Grimmfest generally has discount deals available, with hotel sponsors and information about these will be made available via our website, newletters, and social media accounts.

Grimmfest has been running since 2009 and is now considered one of the most prestigious festivals of fantastic film in Europe.

We pride ourselves on presenting the very best in independnet genre cinema and host a broad selection of movie premieres on the big screen. As most of the films we screen are yet to be released in the UK, attending Grimmfest allows you to see them first before they get released to the general public.

We cram as many premieres as we can into the four day fest, so be prepared for many hours of movie watching. But we suspect you may well discover your new favorite film. You’ll also get the chance to rate each film you watch, allowing the Grimmfest team to identify the Audience favorite, which is presented with an award.

Grimmfest is a very welcoming film festival with many regular attendees as well as returning guests. There is no sense of “Us and Them”.  We pride ourselves on our approachability, and on creating an inclusive, almost family atmosphere. If you are new to Grimmfest, you’ll definitely quickly make new friends from within the attendees and the extended Grimmfest team and volunteers.  We are all members of the Horror Community, and this is a chance to get together, swap stories, experience the best of contemporary genre cinema, and socialise. Everyone is keen to discuss the selected films, often over a beer or food.

Please note: there will be no virtual aspect to Grimmfest 2023. Grimmfest Online was launched during the Pandemic Lockdown, and moving forward we may offer content online as well as at the physical festival in the future. As far as possible, we strive to ensure that as much of the festival content is available both live and virtually, although this might not always be possible for copyright and clearance reasons. We often screen additional material online that is not available at the live event.

Outside of watching movie premieres and rereleased genre classics on the big screen, you can also attend film maker and film star Q&As, exclusive parties, meet the film makers, and attend autograph signings. It’s also a chance to network, and socialise with film makers and fellow film enthusiasts. You might also fancy perusing our festival hub where you can buy Grimmfest merchandise or pick up a bargain from one of the many stalls, which sell a whole variety of horror and cinema related goods, many of which are hand crafted.