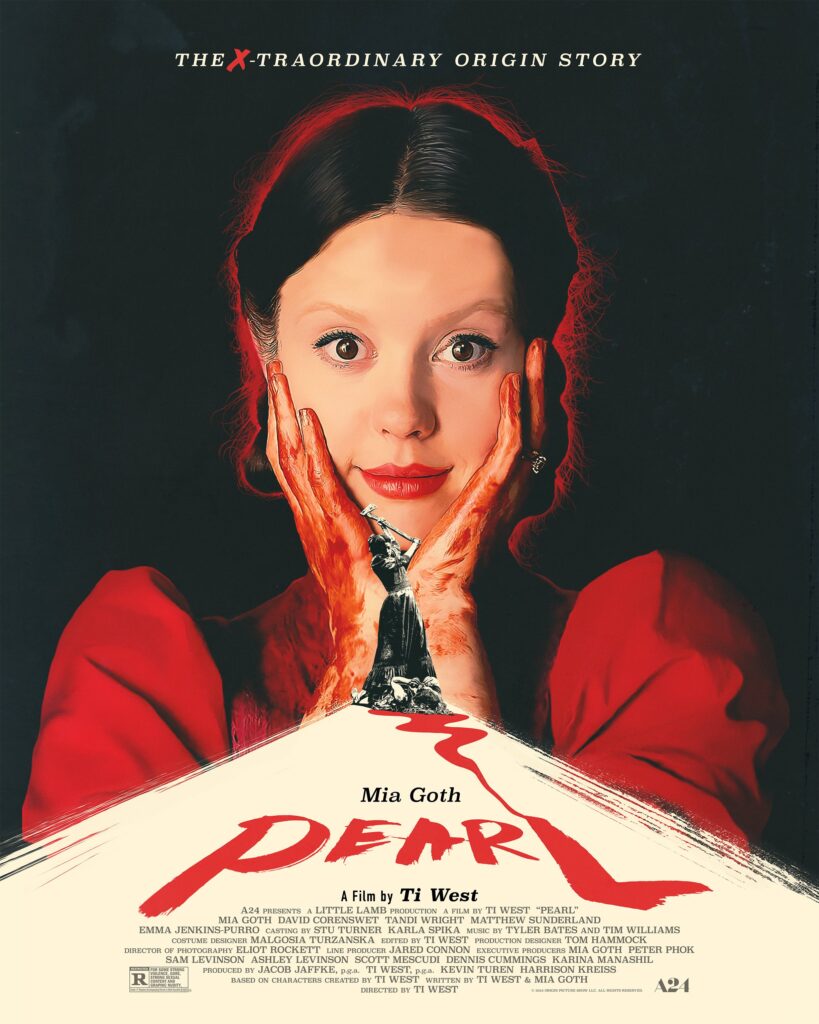 This year’s X was a splattery 70’s-set throwback to slashers of yore (with added elderly sex) and Ti West is turning back the clock to 1918 to show the formative years of Mia Goth’s villain Pearl;

“Trapped on her family’s isolated farm, Pearl must tend to her ailing father under the bitter and overbearing watch of her devout mother. Lusting for a glamorous life like she’s seen in the movies, Pearl’s ambitions, temptations, and repressions all collide, in the stunning, technicolor-inspired origin story of X’s iconic villain.”

Earlier this year West told Bloody Disgusting: “Part of the idea of this movie that’s cool to me is that there is a bigger thing to it all. What I can tell you about PEARL, because we’ve already made it and it’s done, is it is very much a story about Pearl. So you will learn more about her. It is stylistically very different from X. You do not need one without the other, but they enrich each other in a specific way. In the way that X is affected, let’s say by 1970s horror independent filmmaking and Americana cinema, Pearl is influenced by a very different era of filmmaking. If we do the third one, it will be affected by a different type of cinema.”