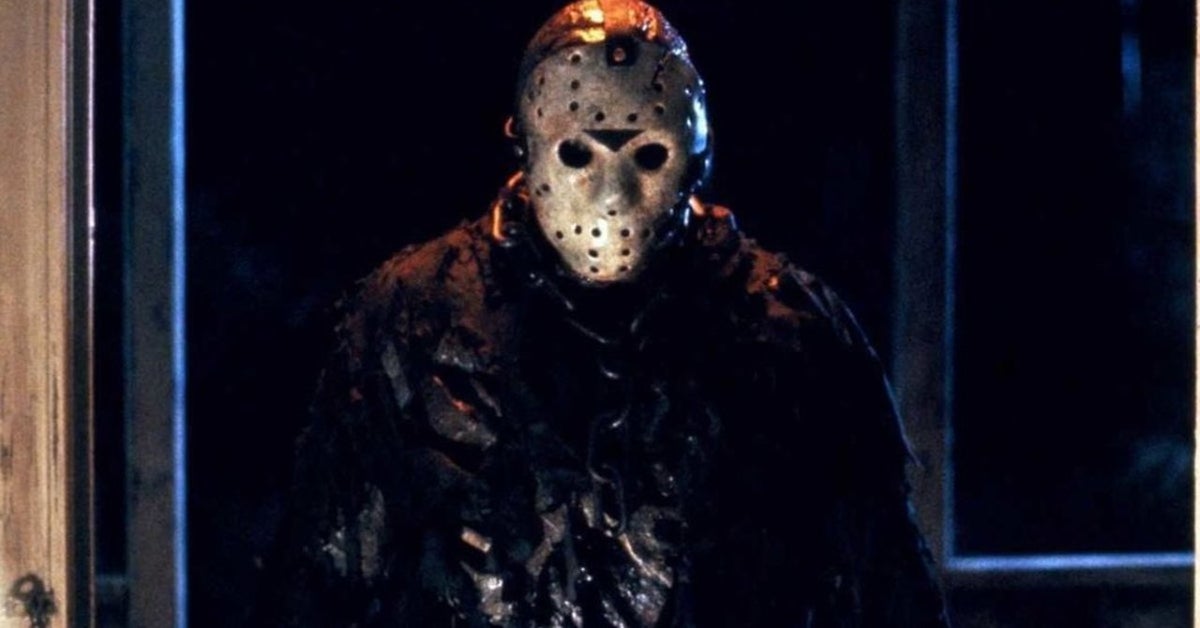 A day always associated with Mama Voorhees and her son Jason (ok and Roy too), The Reaper is celebrating the occasion by taking you through some of the best DEATHS in the franchise!

In no particular order –

Mama Voorhees made short work of young Kevin Bacon, lying under his bed as he relaxes and then forcing an arrow through his neck – blood spurting everywhere.

Cheating maybe as this is 3 deaths but I’m The Reaper I do what I want! A paintballing troop come unstuck when they cross paths with Jason; one swipe of his machete and three heads come off at once! Just ignore the cardboard boxes visible under the dummies.

A kill so good they brought it back in JASON X, and notoriously trimmed by the MPAA, Jason was in particularly sadistic mood when he picked up a sleeping bag with Judy still inside and slammed it against a tree repeatedly.

Making the most of its 3D capabilities, this kill features Jason grab Rick’s head and not stop squeezing until the eyeballs pop out (in 3D!) and the skull is crushed.

Poor Mark. Not only does he get a machete to the face, but then he tumbles down the world’s longest set of steps.

Boxer Julius has Jason cornered on a “Manhattan” rooftop, and takes to using his fists. Exhausted, he invites Jason to “Take your best shot, motherfucker” – cue Jason taking Julius’ head off with one punch, his head falling into a dumpster below. And then appearing in a police car. Um.

Waking up from a cryogenic sleep leads to one pissed-off Jason who apparently knows about liquid nitrogen, leading him to dunk a poor girl’s head until it’s frozen and then smashing it on a counter.

Jason is not impressed by Andy walking on his hands, and takes to slicing him down the crotch. Another 3D one, with Jason’s machete coming towards the audience! Which means we’re the guy’s crotch…

After a boxing match, Julius’ defeated opponent goes for a relaxing sauna. Towel on his face, he doesn’t recognise that’s not Julius who’s walked in – and Jason wastes no time in grabbing a steaming sauna rock and shoving it straight into the guy’s stomach. Grim.